Check out Facebook’s first release of a video produced using their open-source 360 3D camera – the Surround 360. So what does $30k of parts capture for you?

And this is what they learnt from the shoot: 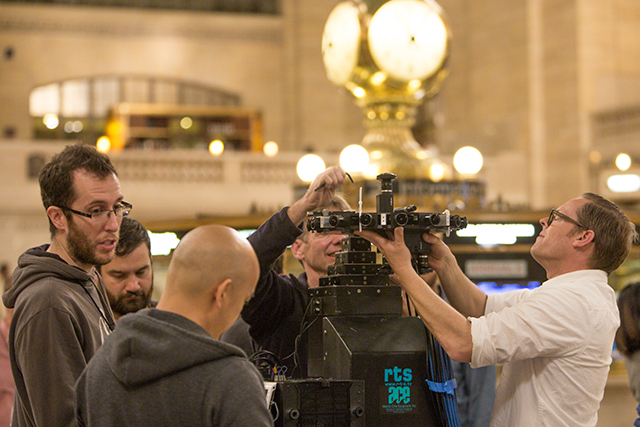 Shooting a narrative film in 3D-360 takes careful preparation and planning. This includes creating storyboards that take all 360 degrees into account, as well as blocking out primary characters so their stories don’t overlap, but rather lead from one to another seamlessly.

Since viewers have total control of where they look and when, it’s important to use subtle video and audio cues to guide them along the journey.

Rehearsing choreography is also an essential step in pre-production. Since Here and Nowis one single take, it’s essential to have precise timing for characters to enter and exit the scene for the narrative to be cohesive, much like theater.

Since it’s not yet possible to render the full spherical 3D-360 footage on the fly, we didn’t have the benefit of playback while shooting. This meant we had to make story and script changes without re-watching takes after they happened live. Again, the more preparations made in pre-production, the less guesswork on the day of the shoot.

Ultimately, we shot 13 complete takes over three nights at Grand Central Station. Of these, four were considered as contenders for the final film before we finally decided on a hero that best blended performance and choreography. 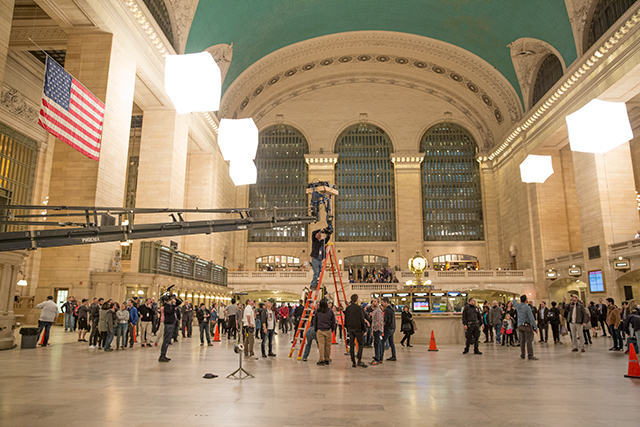 It’s not possible to do post-production in a Gear VR—or any other headset—so finishing color and sound means working on elements on a standard monitor and with standard speakers, then exporting and uploading the file to a Gear VR headset. Because of the size of the files, each export and review cycle takes significantly longer than on a typical film project, so it’s important to budget time accordingly and work this into the overall post-production schedule.

Of course you can check out Here and Now on Facebook 360, but if you want the full immersive experience, the film is available on Oculus Gear VR in 3D 360°.

Nigel has been working as producer/director in the corporate video, event and television field for nearly thirty years with experience in both London and Australia. He is also the co-founder of The ROAD to RETAIL - an online retail education business.

View all of Nigel Miller's posts.